Representatives from nearly 200 countries are meeting in Kunming, China, to halt and reverse biodiversity loss. A COP15 is being hosted by China, but will be a mixture of in-person and virtual meetings. The meeting was meant to go ahead in 2020, but, well, 2020 happened. It will launch this week with further negotiations to occur in April and May next year. ll promised goals set from 2010 to 2020 — through the Aichi Biodiversity Targets — failed. Nature is being destroyed at a rate never before seen in human history, that rate is accelerating and almost all of the destruction, 1 million species could be lost, according to the most comprehensive report on the matter produced by the United Nations. More than 40 per cent of amphibian, 33 per cent of reef-forming corals and a third of all marine mammals are now threatened. According to the UN, climate change is one of the biggest causes of biodiversity loss. The biggest is changes in land use like clearing forests to make way for agriculture and mining. The next biggest is simply the direct exploitation of animals — like overfishing. Many people see nature as having an intrinsic value. But the loss of nature has a direct catastrophic impact on humanity too. 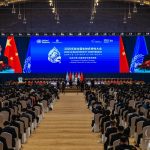 “ A man may take to drink because he feels himself to be a failure, and then fail all the more completely because he drinks. It is rather the same thing that is happening to the English language. It becomes ugly and inaccurate because our thoughts are foolish, but the slovenliness of our language makes it easier for us to have foolish thoughts. The point is that the process is reversible. Modern English, especially written English, is full of bad habits which spread by imitation and which can be avoided if one is willing to take the necessary trouble. If one gets rid of these habits one can think more clearly, and to think clearly is a necessary first step toward political regeneration: so that the fight against bad English is not frivolous and is not the exclusive concern of professional writers”(George Orwell, Politics and the English language,1946)

Media of propaganda routinely uses misleading names to manipulate and deceive the masses and to hide reality of political, economic and social system in which they are living. For example, through masquerading election organized at the Olympic interval, dictatorship has become democracy to hide the rule of minority over majority, security forces to hide the defense of established order, ministry of the war has become ministry of defense. The US ministry of endless wars has become Department of defense, all these misleading names are an illustration of how deeply the mindsets of the nation’s warfare state are embedded in the political culture of the United States.

The same media of propaganda is doing the same manipulation and decption of the masses about climate change, climatic warming and extinction of biodiversity, caused by the so called “human activities” The Anthropocene is a comforting story with uncomfortable facts. It fits easily within a conventional description – and analytical logic – that separates humanity from the web of life. Nature becomes a factor, a variable, a part of the story. This logic runs deep. It is a reflex, a part of our intellectual muscle memory. It shapes our thinking of planetary crisis and its origins, preconceptualizing humanity and nature as separate first, connected second. The dominant Anthropocene argument also nestles comfortably within a conventional narrative of modernity. The Industrial Revolution is understood as a set of technical, class, and sometimes political relations emerging around coal and steam.

The Anthropocene has become a wider conversation around humanity’s place in the web of life. The Anthropocene elides decisive questions of difference amongst humans, and the lancinate question of capitalist origins and historical capitalism as a world-ecology of power, capital, and nature, dependent on finding and co-producing what Jeson Moore called the cheap Natures, which is also the origins of ecological crisis. 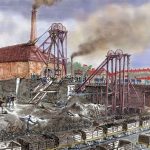 Capitalism is based on the separation of Humanity and Nature.The violence inscribed in Nature/Humanity was there from the beginning. The era of primitive accumulation gave rise not only to the “accumulation of capital” but also a new world praxis: Cheap Nature.

Capitalism does, however, advance an epistemic rift: a rift about how humans organizations are embedded in nature. The heart of the problem is that Nature/Society dualism poses not only analytical barriers but reproduces “real world” systems of domination, exploitation, and appropriation. This ontological rift is the symbolic expression of the separation of the direct producers from the means of production. Together, these moments constituted the origins of capitalism not only as world-system but as ontological formation: as a world-ecology. Humanity/Nature is a doubly “violent” abstraction: violent in its analytical removal of strategic relations of historical change but also practically violent in enabling capitalism’s world-historical praxis – a praxis of cheapening the lives and work of many humans and most non-human natures. This is a praxis of domination and alienation operative simultaneously through the structures of capital, knowledge, and feeling.

Two Brazilian firms behind the ongoing destruction of the Amazon rainforest