In Poland’s capital, Warsaw, took place the Warsaw Security Forum convened by the Casimir Pulaski Foundation (Fundacja im. Kazimierza Pułaskiego, FKP) presenting itself as independent, non-profit, and non-partisan think tank based in Warsaw, but it is in fact an Atlantist organization funded by NATO members and the EU with the main objective, disseminating anti Russian propaganda by exaggerating Russia’s threat used as pretext for arms race and more military spending.

Speaking at the the Warsaw Security Forum, an event organized by the Casimir Pulaski Foundation think tank, Polish President Andrzej Duda said Oct. 5 that closer ties between NATO and the EU are required to combat Russia’s military-driven expansionism : “We need a strong partnership between NATO and the European Union that ensures a synergy of both organizations,” Duda said. “Russia is expanding its military presence and it endangers NATO not only from the east, but also from the north and south.” 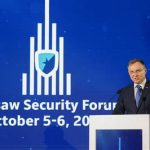 The president’s remarks were echoed in the speech by Paweł Soloch, the head of Poland’s National Security Bureau.

“There is an ongoing development of the military potential of the Russian Federation. On our part, this creates a need for a further adaptation of NATO’s capacities, also with the use of the instruments held by the European Union,” Soloch said. “Naturally, NATO has a significantly larger potential than Russia, but on the alliance’s borders, the forces accumulated by Russia give a tactical, and, for a defined time, also an operational advantage to this country.” He added, Europe “needs to have a single strategy that merges the potential of NATO and the European Union” 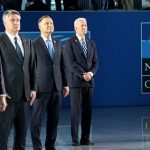 Croatia’s President Zoran Milanovic, Poland’s President Andrzej Duda and U.S. President Joe Biden pose for a family photo as part of the NATO summit at the Alliance’s headquarters, in Brussels, on June 14, 2021 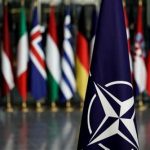 According to Piotrowski, this year’s edition of Zapad “was bigger than Zapad 2020 and 2019 — not by the number of troops, but for sure by the capabilities that were used, types of units, such as airborne, special forces, maritime and others.”

The Russian military “announced already in January 2021 that the Zapad exercise had begun. Land exercises will take place until October 2021,” he added. 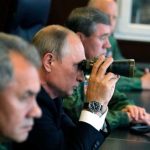 Putin and the defense minister during ZAPAD drill 2021

Russia’s Defence Ministry described the exercise as “strategic,” stating that more than 200,000 troops from Russia and Belarus participated.

However, Lt. Gen. Andreas Marlow, commander of the 1st German-Dutch Corps in Münster, Germany, said during the same panel that one of the challenges NATO faces is “a difference of threat perception.”

NATO’s STOOGES IN THE EASTERN EUROPE

Last May took place in Tapa, Estonia, large-scale exercise titled Spring Storm (Kevadtorm)  with the participation of NATO troops and the Estonian Defence Forces (EDF) “Last May, we announced that, together with our neighbors Latvia and Lithuania we will buy the MLRS for our militaries,” Laanet told Defense News during the first day of the Warsaw Security Forum, an event organized by the Casimir Pulaski Foundation think tank. “My opinion is that the Baltic states should have common capabilities to fight, but also deter any aggressor, so that they have to take us seriously.” 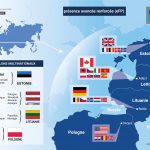 NATO’s presence in the eastern Europe

In 2017, Lithuania signed a deal with Norway’s Kongsberg Defence & Aerospace to acquire the network centric air defense system (NASAMS). Under Estonia’s National Defence Development Plan for the years 2017 to 2026, the country is also planning to purchase a similar short- to mid-range air defense system. New unmanned capacities for the Estonian armed forces, and investing in cyber defense capabilities, developed by Estonian company Milrem Robotics producing unmanned ground vehicles (UGVs) that could be supplied to the country’s military. A pilot project to build unmanned vessels for the Estonian Navy. A consortium of defense companies has been put together, and the first vessel of this type is expected to be launched in 2026.

NATO’s Baltic Air Policing mission was launched on 30 March 2004, one day after the three countries joined the alliance. Today, Estonia, Latvia, and Lithuania still depend on other allies, as they lack their own fighters that could be deployed to such missions.

UK’s MILITARISM IN EUROPE AND THE INDO PACIFIC REGION

The chairman of a parliamentary defense panel Tobias Ellwood insists London is not losing sight of its own backyard in Europe, and therefore should increase defense spending “We don’t have the luxury to work independently given the challenges we all face,” Tobias Ellwood told Defense News during the second day of the Warsaw Security Forum, an event organized by the Casimir Pulaski Foundation think tank. He added that London is intensifying efforts to boost its space and cyber capacities “But we also need a bigger Navy, and we are investing in it.” 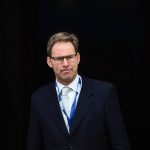 However, more funds are also required to expand the U.K.’s capabilities in other fields amid cuts to some programs. Budget cuts have already forced the country to reduce its initial F-35 fighter jet order from 138 to 48 aircraft, he noted, and the British-led effort for a sixth-generation combat jet, dubbed Tempest, is still in flux. BAE Systems is developing the aircraft in partnership with Leonardo UK, Rolls-Royce and MBDA UK.

“Britain is only spending 2 percent of its [gross domestic product] on defense. But the threats ahead are collectively greater than the ones from the Cold War when we were spending 4 percent,” Ellwood said

The so called “coup” in Venezuela / A Hollywood show

DEMOCRACY,AUTOCRACY AND CAPITALISM IN THE 21st CENTURY