In 2018, the United States government has declassified its Indo-Pacific strategy initially set to be released to the public at the end of 2042. The strategy was initially devised throughout 2017, going on to be approved and enforced by President Donald Trump in 2018 shortly after the US National Defense Strategy was finalised. At its heart, the strategy highlights a deep concern with China’s rising influence in the Western and Central Pacific and plans to deal with an increasingly belligerent North Korea, while seeking to use its South-East Asian allies to contend with China and North Korea and to strengthen India to counter Chinese military power.

The strategists highlight China’s growing dominance in the Indo-Pacific and consider Beijing as is the United State’s primary adversary and strategic opponent in the area. While the document does not mention the South China sea dispute, it reflects a concern over China’s claims there and in other parts of the Western Pacific. The strategy to counter China aims to build US capabilities until they are “capable of, but not limited to” denying China control of the air and the sea in the “first island chain”, referring to a string of Pacific islands surrounding China that include Russia’s Kamchatka peninsula, Japan, Taiwan, Philippines, Malaysia and Vietnam. China claims most of these waters. Second, it emphasizes the strategy emphasizes the need to defend the first island chain, and dominate all areas outside it. 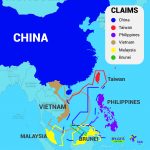 A US Navy oceanographic survey

Since last September, a US Navy oceanographic survey ship has been conducting extensive activities in a large area of the South China Sea to collect underwater geographical and hydrological data to support its submarine warfare in the region against China.

This situation also drew attention from some military observers after a US nuclear-powered attack submarine struck an unidentified underwater object in the South China Sea earlier this month, which again highlighted the US Navy’s need to learn more about the region.

The USNS Mary Sears (T-AGS 65), a Pathfinder-class oceanographic survey ship, entered the South China Sea on September 26 and started extensive surveys. From October 1 to 4, the ship operated in waters south of China’s Hainan Island, from October 5 to 9, it approached the coastline of Vietnam, and by Sunday it had arrived in waters near the Nansha Islands. The Pathfinder-class oceanographic survey ship is specialized in the detection and surveying of underwater terrain, meteorology and hydrology. 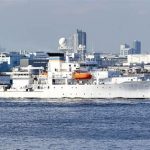 While the ship seems to be conducting scientific research, its true mission is to support submarine and anti-submarine warfare, the USS Connecticut, a Seawolf-class nuclear-powered attack submarine, struck an underwater object in the South China sea on October 2. 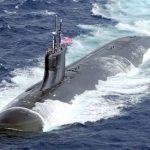 the USS Connecticut, a Seawolf-class nuclear-

This accident means the sea map the submarine was using was outdated, and the US Navy was conducting scientific research to draw underrates maps with the mission to support submarine and anti submarine warfare and help navigate friendly submarines or place detection device to locate hostile submarines.

Countering China and Russia in the Middle East

President Joe Biden’s Interim National Security Strategic Guidance Lt. Gen. Ronald Clark, who spoke at the Association of the U.S. Army’s annual conference Oct. 12 emphasized the challenges of strategic competition with Russia and China to American interests, including nonmilitary events taking place across the Middle East. The major challenges to the command’s operations are China, Russia, Iran and “violent extremist organizations around the world,” he said. But the commander primarily cited Russia and China, which he said are making moves in the Middle East to “set conditions for future operations.”

Both nations blur the lines between competition, crisis and conflict. While it falls short of actual conflict, Clark said these actions are a part of strategic competition and will shape future conflicts in the Middle East and beyond. “Events in one theater will spill over — undoubtedly — to another,” he said. “Bottom line: All of our competitors are setting conditions in the [command’s area of responsibility] right now that we need to respond to.” 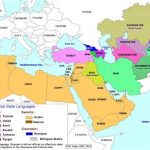 For example, China engages in unrestricted warfare, which consciously expands the battlefield from traditional domains such as land, air and sea to social spaces, politics, culture and economics. An important piece of that in the Middle East is the Belt and Road Initiative, which consists of a number of economic investments by the Chinese government and Chinese-owned companies in foreign countries. “The Belt and Road Initiative touches virtually every country in [the command’s area of responsibility],” said Clark, pointing to a $300 billion investment by a Chinese-owned company into the port of Abu Dhabi in the United Arab Emirates. China continues to import massive amounts of oil from the Middle East, helping Iran build a new export facility that will allow it to continue pumping oil past the Strait of Hormuz. 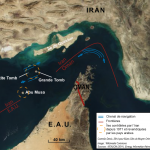 Meanwhile, Russia is practicing its own form of hybrid warfare using nonmilitary means to create an operational environment where a smaller military force can come in and achieve its objective, Clark said. For example, a 2017 deal allowed Russia to expand the Port of Tartus in Syria, and it can now hold up to 12 nuclear-powered ships or submarines, he added. “That now allows the Russians — if they want to — to project power into the Mediterranean and into Eastern Europe,” he said. 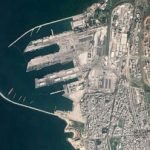 The US Central command’s area of responsibility is vast. It includes 21 countries that make up more than 4 million square miles and are home to 550 million people in 22 ethnic groups speaking 20 different languages. 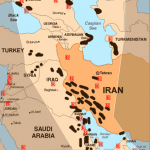 Oil locations in the Middle east

Importantly for American interests, he added, it’s also home to vast oil reserves. Nearly 30 percent of the petroleum and crude oil products from around the world flow through three chokepoints that fall under the command’s purview. Clark pointed to when the supercargo ship Ever Given recently clogged up the Suez Canal for days as an example of the importance of those chokepoints. That incident disrupted 12 percent of global trade with an estimated cost of $9 billion.

« STOP CALLING THE CAPITALOCENE, AN ANTHROPOCENE US LONG HISTORY OF PLOTS AND CONSPIRATIONNISM »

GREAT VICTORY OF INDIAN FARMERS: A LESSON OF RESISTANCE TO FIGHT BACK AGAINST CRONY CAPITALISM

MALI’S COUP AND THE LEGACY OF FRENCH COLONIALISM

GREAT VICTORY OF INDIAN FARMERS: A LESSON OF RESISTANCE TO FIGHT BACK AGAINST CRONY CAPITALISM Faouzi Elmir 21 November 2021