President Biden will convene a mix of established democracies and “emerging” ones to summit for Democracy that will take place December 9 and 10. Biden had promised such an event early in his presidency as an answer to Trump and what he and other Democrats see as his predecessor’s undermining of democratic values and American leadership. The two-day gathering of world leaders, human rights groups and others will take place just short of the first anniversary of the Jan. 6 attack on the U.S. Capitol by a pro-Trump mob seeking to overturn Biden’s election victory and install Trump for a second term. Putin will be invited to the summit but it is not clear whether Biden will include other leaders such as Turkish President Recep Tayyip Erdogan or Hungary’s Viktor Orban. 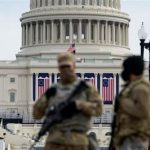 Both summits will bring together heads of state, civil society, philanthropy, and the private sector to “speak honestly about the challenges facing democracy so as to collectively strengthen the foundation for democratic renewal. On his European trip, which was capped by a summit with Putin, Biden said he wanted to prove that democracies can deliver better results for their people than autocracies, despite the sometimes slow and messy process of reaching compromise.

CHINA’S “AUTHORITARIANISM” IN THE CORSSHAIRS OF THE SUMMIT FOR DEMOCRACY

The Summit for Democracy will galvanize commitments and initiatives across three principal themes: defending against authoritarianism, fighting corruption, and promoting respect for human rights. The event is likely to be framed in large part as an attempt to unify democratic governments in opposition to China and its efforts to spread its economic, political and military influence. Biden focused much of his first foreign trip as president on a push to confront China. Meeting with the leaders of Group of Seven democracies and with members of the European Union and NATO in June, Biden sought to rally those alliances to confront Beijing. China is also mentioned specifically in Biden’s original campaign document pledging to hold the summit, in particular Beijing’s efforts to restrict free speech through control of technology and social media. “Technology companies — which benefit from the fruits of democracy — should make concrete pledges for how they can ensure their algorithms and platforms are not empowering the surveillance state, facilitating repression in China and elsewhere,” Biden urged on his campaign website.

The event was initially envisioned as a marquee gathering, probably in Washington, where democratically elected leaders would symbolically stand together in defense of free elections, free speech and other shared values. Biden has often described his view of foreign affairs as a battle for the future between the world’s true democracies and authoritarian regimes.

“When authoritarian regimes point out our imperfections, I think that misses the point, because we’re not claiming perfection,” the official said. “The summit is not about perfection. What we’re saying is, we don’t shrink from scrutiny. We are always trying to use our system to improve ourselves, and because of that, I think it gives democracy a kind of powerful resilience that other systems don’t have.” 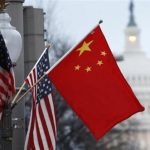 US and China’s flags

PART II Why should be rejeted the binary vision of democratic West and authoritarian China ?

GREAT VICTORY OF INDIAN FARMERS: A LESSON OF RESISTANCE TO FIGHT BACK AGAINST CRONY CAPITALISM