Homepage » Blog » US LONG HISTORY OF PLOTS AND CONSPIRATIONNISM

Colin Powell, former US Secretary of State, who has died at the age of 84, became the laughingstock of anti-war organizations by holding a vial of anthrax-like powder, telling the world on February 5,2003 at the United Nations that Saddam might have tens of thousands of liters of anthrax, showing how Iraqi jets could spray that anthrax and how mobile laboratories are being used to concoct new weapons. But Colin Power illustrates also the case of Machiavellian and cynical imperialism which not hesitate to use all kinds of stratagems to achieve its goals. Iraq like all rich-oil regions of the Middle East with their untapped and huge rerserve, was coveted by the USA and its European satellites. 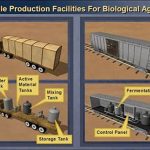 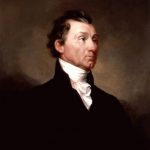 US plots under the guise of humanitarian imperialism and Manifest Destiny

To overcome and recover from the depression of the 1890s, manufacturers, industrials, farmers, merchants and most other entrepreneurial sections supported by political establishment conservatives, liberals and Democrats agreed on overseas expansionism and conquest of foreign markets. To justify US imperialism, annexation and invasions, was invented the ideology of “Manifest destiny” which became the catchword of the republican platform of 1892, used by the expansionists in 1893 to annex Hawaii. In 1893 was signed a treaty annexing the Hawaiian Islands, 2000 miles miles removed from the American continent. President Grover Cleveland is considered as the promotor of the “Manifest Destiny” Doctrine as he deployed ships of the United States Navy to defeat the Brazilian Revolution of 1893 in a way that helped defeat the rebels who were opposed to unequal economic relations with America. 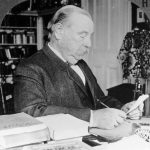 In 1893, the United States plotted against Hawaii’s Anglophile Queen Lliliuokalani accused of anti-foreign tendencies and turning the country toward Great Britain when American Minister to Hawaii, John L. Stevens permitted the landing of American marines in support for rebels. Later the allegation that Hawaii was in danger of falling under foreign control, there was adduced no substantial evidence of acquisitive designs by Great Britain or any other power. The treaty of annexation was negotiated in 1897 after Republicans being returned to power by McKinley’s victory in 1896. 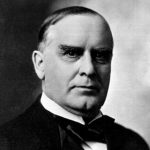 In Philippines, the United States lured the insurgent leader Aguinaldo when Americans had promised him support for Philippine Independence as a reward for his solicited military assistance; After Aguinaldo had effectively rendered his assistance he was duped and disillusioned as his promised new republic and all his political pretensions ignored. Aguinaldo protested bitterly against the forcible annexation which now seemed to him designed by the “cold and calculating thoughts of the sons of the North”. He was captured by the Americans led by Brig. Gen. Frederick Funston on March 23, 1901 in remote Palanan, Isabela Province. On April 1, 1901, he pledged allegiance to the United States. 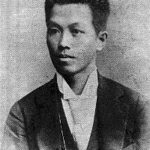 The West calls for more agressive militarism against Russia

Oil behind US invasion of Afghanistan